Mankind is at the threshold of this century in terms of the common era. This age is rightly called the information age with computers, electronic mail & business and commerce and the Internet with web page.  To many thinkers religion is alien to science.  Science simply means a specialized branch of knowledge. In Arabic it is called ‘Ilm.  A scientist in Arabic is called an ‘Alim.  The west is wrong in separating Science from Religion. The great universal Muslim scientists about thousand years ago were at the forefront of knowledge particularly in the sciences and technology without ever giving up their religion. In fact Islam in general and the Qur’an in particular inspired the Muslim scientists to seek and advance knowledge. Hence they achieved all these without any conflict with religion.  Today many western educated Muslims follow the western path of separation of religion from science.  On the other hand those Muslims trained in Islamic theology have refrained from modern sciences.

By moving away from the reading and in depth study of the Qur’an Muslims have lost the golden opportunity of many a scientific discovery and advancement of knowledge.  By moving away from their Scriptures the Western people made many scientific discoveries and inventions. This is because of the suppression and obscurantism practiced by the Church against the scientists and intellectuals in the past. Even the scriptures themselves were a hurdle to the cause of seeking the truth through observation and experimentation as lucidly pointed by Dr. Maurice Bucaille in his most popular book ” The Bible, Qur’an and Science.”

Science is not a divine revelation but it provides a means for the welfare of man and to better understanding the creation  of Allah(SWT), the natural phenomena and their purpose.  In simplest terms science means knowledge and Islam exhorts its followers to relentlessly pursue knowledge. The Noble Qur’an, Allah (SWT) ordained His servants to pray to Him thus:

It is reported that the Messenger of Allah (SWT) peace be upon him to have once said,” Learning comprises treasure houses whose keys are queries.”  Prophet Muhammad (pbuh) encouraged the spirit of investigation and analysis of facts.  One of the most inspiring Ayath (verses) in the Qur’an is the following:

To reflect is really the scientific spirit, which leads to understanding and discoveries about Allah’s (SWT) creation and natural phenomena.  Allah (SWT) guides the efforts of the scientists to meaningful purposes.
The more one investigates the more one knows about Allah (SWT) and His design of the universe.  The emphasis is on thinking which leads the way to the cherishing care of Allah to establish all things in nature to service for the benefit of mankind.  Allah (SWT) has given us the faculties and the intellectual genius for this purpose.  The Muslim should never regard the study of natural sciences as forbidden territory or “haram”.   According to the Muslim traditions he who seeks knowledge is blessed, but the seeker who also attains success is twice blessed. The Muslim intellectuals have proved this in the past and they already set the trend.

This work was undertaken to prove there is no conflict between science and Islam and many chapters in this book have been based on the Qur’anic inspirations the author derived from reading different Verses. Even at the dawn of the 21st century of the CE, the Muslims can derive inspiration from the in depth study of the Qur’an and make new scientific discoveries and push forward the frontiers of knowledge.  Many of the Chapters in the book were published as articles in many Muslim magazines and intellectual journals throughout the world. At the urging of many of my friends and Muslim scholars I have collected them in these two volumes titled ” The Qur’an and Science.”  I humbly believe that the younger generation of Muslims will get inspiration from the revelations in the Quran and do investigate and contribute to the bank of knowledge. 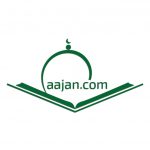 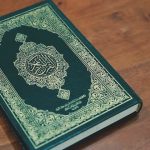