Muslims are people who have professed belief in Islam. As believers, they worship the One God and revere Prophet Muhammad, peace be upon him (pbuh), as the last messenger of Allah. Additionally, they also believe in all the prophets which preceded Prophet Muhammad (pbuh) and the holy books which they brought, such as the Psalms, Torah, and the Gospel. A fundamental article of faith in Islam is belief in the Day of Judgement, when all humanity will be recompensed for their deeds in this world. Muslims believe in angels, as well as in predestination.

There are five pillars of Islam which are farz upon a Muslim: 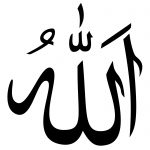